"Business immigration" includes small businesses, entrepreneurs, artists, cultural groups, touring musicians, researchers, professors, and others who use the I-129 and I-140. 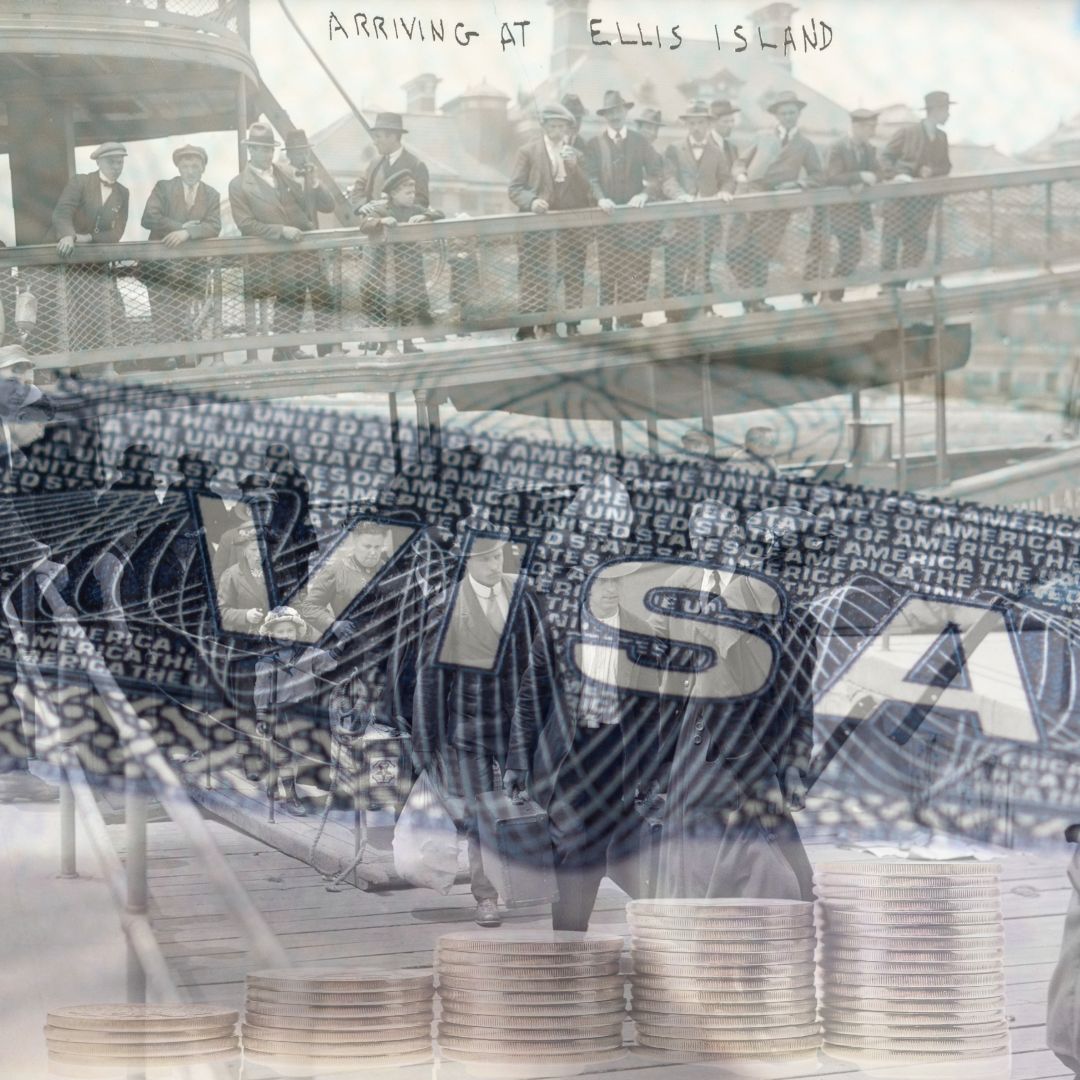 At a time when the United States should be encouraging immigration and finding ways to make the process easier, fairer, and faster, it instead proposes to hike immigration fees significantly while creating new, high fees that will price out small businesses, entrepreneurs, artists, cultural groups, researchers, professors, and a host of others whose path to lawful status in the US is through an I-129 or an I-140.  The fee increases include significant increases to the regular filing fees for I-129 forms and I-140s, while adding on a $600 per petition "asylum fee" intended to subsidize the costs of processing asylum applications at no cost. While this is a valid pursuit (the idea that Asylum applications should have no fee, and that USCIS needs some way to offset those free applications), the brunt of the burden is proposed to be carried by a small percentage of fee-paying applications (approximately 10% out of the 6.5M applications that pay fees).

The justification for this is a balance between a “beneficiary-pays” and an “ability-to-pay” model, to promote fairer and more timely adjudications, and reduce fee burdens.  The "ability-to-pay" assumption comes from a random evaluation of 650 petitions (for the math geeks like me, that is 0.01% of the fee-based receipts and hardly a representative sample).

These increases promise efficiency and fairness in adjudications.  But there is nothing in the past, present, or proposed rule that suggests that increased fees result in more efficiency in processing these immigration benefits. Plus, there is a vast piece missing of accountability for improper, egregious RFEs and NOIDs, lack of proper training, and lack of a means for the one paying the fee to recoup when misused.

A few highlights of the proposed fee increases are as follows:

These only address certain highlights from the almost 500-page proposed rule, which you can read or skim through here -- Read the Proposed Fee Increase Rule
‍

What Do The USCIS Fee Increases Mean in Reality?

In the view of USCIS, these increases will allow them to hire more officers, adjudicate petitions "more efficiency", and eliminate backlogs, as well as fund the new proposed policy for faster asylum adjudications without charging an application fee to the most vulnerable. All valid goals.
‍

Missing is a level of accountability for gross incompetence, timely and fair adjudications, or that any of these fee increases will in practice reduce wait times that affect employers’ abilities to hire much-needed foreign talent or for applicants to obtain their status timely before it creates other issues for them.  Many of these issues identified to justify the significant increases are  of the government’s making. Changes in internal processes, training, transparency and accountability might resolve these issues, where throwing money at the problems will not.
‍

Further, it is unclear what technological “fixes” will be made with the influx of funding to make it a viable, trackable, and safe alternative to paper filings, to justify the reduced application fee. Currently, I advise clients to not file online to avoid any number of issues that first need to be fixed by USCIS. Now, they might insist on to save money.
‍

In further practical terms, the costs are significant. Let's do the math in a few examples

H-1B Visa Fee Increase
For an employer of less than 25 employees to petition for a single H-1B cap worker under the current fee scheme, it costs $1720.

P-3 visas are used for cultural events and artists from abroad.  Examples include artisans who create traditional Chinese lantern festivals, or a group performing traditional Irish music.  These are often times musicians who are not wealthy or come from poorer countries.  It is often difficult to afford even discounted legal fees along with the filing fees to bring their culture and talents to the United States for short periods of time (a few weeks or a few months). Due to the time it takes for USCIS to process the I-129 petition, plus wait times at consulates and embassies abroad to obtain the necessary visa, these petitions often necessitate premium processing so that these artists may fulfill their agreed performances.

These fees do not account for the individual visa fee of $190 each member of the group must pay in their home country to obtain the visa, or the $2500 premium processing fee sometimes required due to the processing wait times at USCIS.  Even planning an event or tour months in advance is not always enough to ensure a timely response from USCIS without paying the additional $2500.

This is the process by which foreign nationals already in the United States may obtain Lawful Permanent Residence status.

There are a number of issues with the proposal. I am only addressing a couple.

The “asylum fee” should not be born by I-129 and I-140 applicants under the assumption they have the "ability to pay."

First, the challenge created by not asking asylum seekers to pay a filing fee should not be borne solely by 10% of those who do pay fees. Out of 6.5 MILLION fee-paying receipts, USCIS is suggesting the burden of paying for asylum processing fall on just over 708,000.

Second, USCIS used a sample of 0.01% (650) petitions to analyze and determine I-129 and I-140 applicants have a higher "ability to pay." This is not a statistically significant sample, nor does it seem to adequately address the numerous groups and individuals this approach prices out of sharing their talents with the United States.

Third, the USCIS Fee Proposal ignores policy positions taken by the Administration, DHS and DOS In early 2022 to address national security and global competition issues arising from the US's need to retain talented foreign nationals. This action will make it difficult for smaller businesses, entrepreneurs, startups, researchers, universities, among others to retain this talent. See White House Statement from January 21, 2022.

‍
Fourth, I-129 and I-140 applicants are not a monolith. These range from large, multinational corporations to entrepreneurs, start-ups, small businesses, artists, cultural organizations, touring musicians, researchers, professors, and others.  The fee increases coupled with the asylum fee, while seeking to raise revenues for operations, fails to achieve the goals and aims of the immigration system. Many of these talented individuals who can barely afford the fees associated with these petitions as it is. These are not highly paid individuals, nor are they employed by companies that can afford to pay thousands of dollars on a visa. Even large corporations may not want to pay upwards of $10,000 for one employee, when factoring in the excessive filing fees, in addition to the legal fees, travel expenses, visa fees, etc.

Fifth, the "Asylum Fee" would apply to all initial petitions, changes of status and extensions on I-129. This means every YEAR some O-visa applicants seek extension of their status, they will need to pay an additional $600 asylum fee, or a total of $1655 annually to maintain lawful status.

Finally, this does not appear to be the least burdensome or most rational way to address the problem of raising revenue to support the processing of asylum applications.

USCIS could easily assess a more nominal fee to all fee-based applications - all 6.5 Million of them - to share the burden across benefit-seekers equally. If each of the 6.5M expected applications paid a $65 fee, USCIS would take in the same amount of money as with the $600 proposed asylum fee from the just over 700,000.

In 2020, USCIS began a registration process for the annual H-1B lottery with the intention to streamline and automate the process, and reduce the workload on the agency. Before 2020, anyone wishing to be considered for the lottery needed to submit a full application to USCIS and wait for it to be chosen or returned.  The registration process reduced this burden and the use of crucial resources within USCIS.

The current registration fee is $10. They propose to raise it $215 without explanation. The proposed rule does acknowledge this process is automated and does not require a heavy burden, so why such a significant increase? Some may suggest it will eliminate people who plague the system with registrations. However, the system is set up to have safeguards for some of those concerns. USCIS has not raised any such issues with the process, either.

A fee increase for registration might be appropriate, but $215 is excessive.

The Burden Is Being Placed on Businesses to Fund USCIS's operations

In addition to the above outlined specific fees, the fee increases proposed for I-129s generally are significant. Not only is the burden of the asylum fee to be carried by businesses, they too will carry the brunt of the increases.

As pointed out above, the petitions subject to these increases (I-129s and I-140s) make up approximately 10% of all fee-paying receipts received by USCIS. There is no rationale why this burden cannot be more fairly shifted across benefit-seekers.

What Can You Do?

The public is welcome to voice its comments to these proposed changes for the next 60-days.  Public comments are open until March 6, 2023.

It is outrageous for USCIS to propose funding the asylum program in this way. This approach is based on (and seeks to reinforce) stereotypes and is a transparent effort to drive a wedge between the business community and asylum seekers.