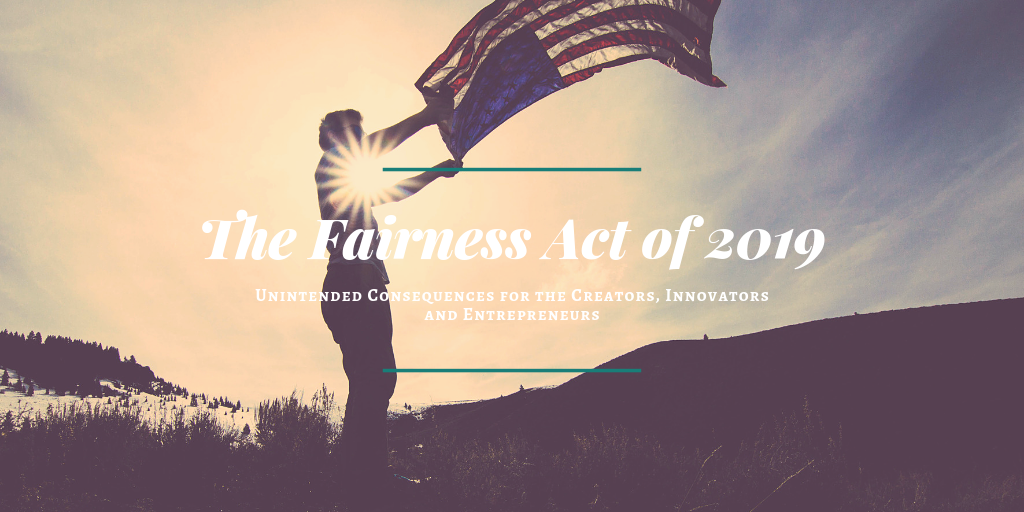 While many are excited that the House of Representatives passed the Fairness for High-Skilled Immigrants Act of 2019 (H.R. 1044) on July 10, 2019, as it eliminates the per-country numerical limitation for employment-based immigrants, there are many unintended consequences of this bill. While the Bill solves the issue of backlogs for nationals from China and India, it has the effect of creating a backlog in green card applications made by nationals of all other countries. The bill would benefit Big Tech industry and two groups of applicants, Indian tech workers and Chinese investors, while squeezing out entrepreneurs and innovators from other industries and from countries that aren’t India and China, and have drastic effects on artists and athletes, who also fall under the employment-based green card preference. The Senate appears on track to pass this legislation (S.386), but there is a better alternative proposed.

The BELIEVE Act: An alternative for consideration, introduced by Senator Rand Paul

The Backlog Elimination, Legal Immigration, and Employment Visa Enhancement (BELIEVE) Act (S.2091) introduced by Senator Rand Paul is intended to increase immigration of high-skilled workers. Whereas the Fairness Act significantly affects entrepreneurs and innovators, the BELIEVE Act eliminates the backlog for citizens of India and China and increase green cards for employment-based immigration while averting the unintended consequence of creating backlogs for other nationals.

Why not just support the Fairness  for High-Skilled Immigrants Act to pass SOMETHING?

According to Daniel Costa, director of Immigration Law and Policy Research at the Economic Policy Institute in Washington, D.C., the wait times for everyone—including Indians and Chinese—will even out to be a seven or eight year wait for employment visas.

Most employers are not going to wait seven or eight years for an employee and will abandon these applicants. Jobs will remain unfilled, America will lose talent to Canada and Europe, and Stephen Miller and Trump will accomplish their goal of keeping immigrants out of the United States with the help of their unexpected allies—the Democrats. - Insight: There's Nothing Fair About the High-Skilled Fairness Act‍

While the Fairness for High-Skilled Immigrants Act (H.R 1044/S.386)  seeks to resolve the problem of decades of backlog in the allocation of employment-based green cards to citizens of India and China,The bill would significantly alter the way U.S employment-based green card system works by eliminating the cause of the backlog— 7% per country cap that limits the number of green cards that may be issued to applicants per fiscal year depending on their nationality.

‍The major consequence of this would be an immediate stoppage in green card issuance for an estimated seven years for all other countries that are not India and China.

How Will H.R 1044 Affect Employment-Based Sponsorship?

Under current immigration laws, employment-based workers are categorized according to five “preference categories”, which are subject to numerical limitations and per-country limitations. These categories include:

H.R 1044/S.386 would remove the per-country limitations to allow applicants to obtain employment visas based on merit, and not based on country of origin. The bill would redistribute the backlog for Chinese and Indian applicants and create an immediate backlog for other countries. Green cards are issued in the order in which they were applied. This means that the large number of Indian and Chinese applicants that are already “in line” would be given priority for processing. This means that green cards would be unavailable for years to other nationals.

The bill also includes a provision to remove the per-country cap on the EB-5 category which allows foreign investors to receive green cards. The consequence of this would be that Chinese investors would be largest benefactors of this change while citizens of other countries would be squeezed out.

The BELIEVE act provides the same relief to the backlog without the same consequence of harm to Employers and to ALL foreign nationals waiting for green cards.  It is easy to agree that waiting seven to eight years for a green card is bad policy for the foreign national, the employers, their businesses, and the U.S. economy.

What You Can Do

I urge you to call your Senators and ask them to support the BELIEVE Act, or, at a minimum, carefully consider the unintended consequences of S.386.

To read more about the effects of the Fairness Act and the alternate BELIEVE Act, my colleagues explain further in this Bloomberg Op-Ed.

To learn more about how the bill will affect you, you can use the handy chat feature on the bottom of this website to contact Julie C. Hancock or email now.