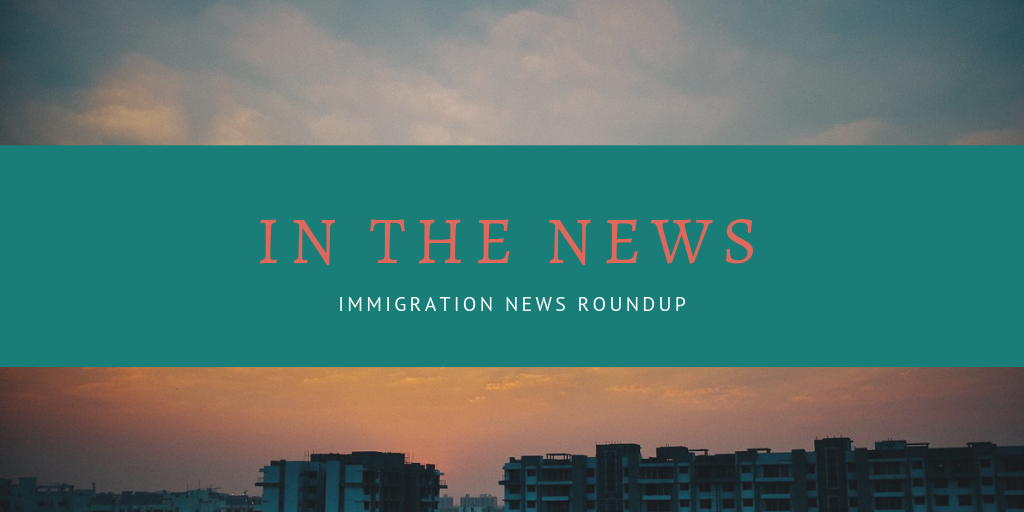 Your Virtual Advocate’s Immigration Update is written by attorney, Julie C. Hancock, providing information and insight on news stories relating to business immigration and other issues that affect all visa types.

Starting in November, the US will increase the minimum investment an immigrant needs to contribute in order to become a permanent resident. Under the new rules, potential investors will need to invest $900,000 instead of the current $500,000 in a Targeted Employment Area and $1.8 million instead of $1 million to invest in other parts of the country. The 700 per country country and the requirement to create ten local jobs remains in effect. Additionally, instead of states determining which projects will be permitted for investment under the EB-5 Immigrant Investor Program visa category, the US Citizenship and Immigration Services will be taking over that responsibility.

Nearly 30 years ago, Congress created the EB-5 program to benefit US workers, boost the economy, and aid distressed communities by providing an incentive for foreign capital investment in the United States . . . Since its inception, the EB-5 program has drifted away from Congress’ intent. Our reforms increase the investment level to account for inflation over the past three decades and substantially restrict the possibility of gerrymandering . . . (USCIS Acting Director, Ken Cuccinelli)

Whether these changes will have the positive effects the acting director of USCIS suggests will not be immediately know. Abhinav Lohia, Director-South Asia and Middle East, CanAm Investor Services says this about the likely impact, "Indian immigrants will be slower in applying for EB-5 visa. They will also be careful with respect to their choice of regional center and projects. The rise in minimum investment, coupled with a backlog in employment-based green cards like theEB-2 and EB-3, will impact Indians living in India as well as those living in the US on H1-B visas.”

Immigrants and their children founded almost half of all U.S Fortune 500 companies— Immigration Impact ‍

Nearly 3.2 million immigrants in the United States run their own businesses, encompassing neighborhood stories, restaurants, professional services companies, and many other types of enterprises. These businesses often become important staples for all residents in their respective communities.

In three states that allow undocumented immigrants to obtain driver’s licenses, ICE officials requested to go through state repositories of license photos. Utah and Vermont complied to the search.

“These states have never told undocumented people that when they apply for a driver’s license they are also turning over their face to ICE. That is a huge bait and switch...The use of facial recognition technology by law enforcement is far from new or rare. Over two dozen states allow law enforcement officials to request such searches against their databases of driver’s licenses, a practice that has drawn criticism from lawmakers and advocates who say that running facial recognition searches against millions of photos of unwitting, law-abiding citizens is a major privacy violation.” (Catie Edmondson, The New York Times).

Through the Freedom of Information Act, POLITICO obtained emails that White House senior adviser Stephen Miller sent to top immigration officials calling their department an “embarrassment” for not pushing a regulation that would allow the Department of Homeland Security to bar legal immigrants from obtaining green cards if they receive certain government benefits.

The emails, which POLITICO obtained through the Freedom of Information Act, shed new light on how aggressively Miller has pressured the Department of Homeland Security to move faster on regulations to limit immigration. Critics say the new rule will be used to shore up Trump's political base in the coming election year, and that it's an illegitimate tool to reduce legal immigration. (Ted Hesson, Politico)

On July 19, The U.S Citizenship and Immigration Services announced that it is revising the current naturalization test. USCIS plans on implementing the revisions in December 2020 or early 2021. The exam currently asks applicants ten out of a list of 100 questions on American government, American history and integrated civics (which includes American geography, symbols and holidays.) To pass the test, applicants for U.S citizenship must score a minimum of six out of ten. The revision of the test occurs every 10 years and is a process which has been in the works since the end of 2018. The pass rate reported by USCIS is 90%. We will see a rollout later this fall to pilot the revisions.

Citizenship is the culmination of an immigrant's journey to fully join our nation and live with us in a common bond ... By revising this test every 10 years, we can ensure that the civics education requirements remain a meaningful aspect of the naturalization process. (Francis Cissna, Former USCIS Director)

Recent data for the fiscal year 2019 show that the average length of stay in a detention center went from 28 to 46 days between May and July. 55,185 people are currently being  held in United States Immigration and Customs Enforcement facilities.

The current number of people in custody far surpasses the number of occupied beds ICE should have...The  government is allowed to expand ICE's detention capacity by redirecting funds from other agencies, including the Federal Emergency Management Agency and the U.S. Coast Guard. But the continued overspending and expansion of facilities raise questions about where all that money is coming from and who is benefiting from keeping people in prolonged detention.

Japanese musicians denied visas for Pa. tour: “In the end, no one wins”— PA Media Group‍

Yamato, a group of Japanese drummers that have in the past toured the US several times, were denied visas to travel to the USA to perform at a concert that was set for July 24.  Unlike in previous years, IMG Artists, an agency which represents the artists and arranges their visas, was requested to give evidence (an RFE). The USCIS make a request for evidence when they believe artists have not met the requirements under statute to qualify for the type of visa for which applied, allowing an opportunity to provide additional information. This is a recent and frustrating trend in nonimmigrant visas relating to musicians, athletes and others of extraordinary ability who are working through an agent as the sponsoring organization for their visa.

The show’s cancelation leaves Gretna Music in the unenviable position of refunding all tickets sold, as well as a loss of revenue for the artists and the agencies. But Kane’s biggest concern was the more than 700 audience members who will miss out on an opportunity to listen to the drummers and share a cultural moment from another nation. (Sean Adams, PA Media Group).

Angelina Jolie: The crisis we face at the border does not require us to choose between security and humanity- TIME

Hollywood actress and humanitarian Angelina Jolie penned an opinion piece in Time calling for the US to uphold international laws on asylum, prioritize humanitarian efforts in Honduras, Guatemala and El Salvador to address the violence and corruption causing people to flee and to address the backlog of asylum cases in overburdened immigration courts.

The American Bar Association and other legal scholars are calling for immigration court to be made independent and free from external influence, so that cases can be fairly, efficiently and impartially decided under the law. There are also proven models of working with legal firms to provide pro-bono legal assistance to unaccompanied children in the immigration system without increasing the burden on the U.S. taxpayer. Expanding these kinds of initiative would help to ensure that vulnerable children don’t have to represent themselves in court, and improve the effectiveness, fairness and speed of immigration proceedings. Approximately 65% of children in the U.S. immigration system still face court without an attorney. (Angelina Jolie, Time)

Presidential candidate Sen. Elizabeth Warren penned a letter to the inspector general of the Department of Homeland Security requesting an investigation into the detention of U.S citizens by Customs and Border Protection and Immigration and Customs Enforcement. Sen.Warren highlighted two recent high-profile incidents in Texas and Southern California in which U.S citizens were detained.

“Warren cited a Times investigation from April 2018, which reported that ICE released almost 1,500 people between 2012 and 2018 after investigated their citizenship claims. The article found hundreds of instances 'in which people were forced to prove they are Americans and sometimes spent months or even years in detention' . . .The senator, a presidential candidate, also wants to ascertain what policies are in place to prevent such detentions, and what steps immigration authorities have taken 'to avoid the wrongful arrest and mistaken detention of United States citizens.'"

Have questions about your own immigration situation? You can use the handy chat feature on the bottom of this website to contact Julie C. Hancock to help you through the immigration process or email her now.