It's the Constitution's Birthday

What Gift Should You Give It? 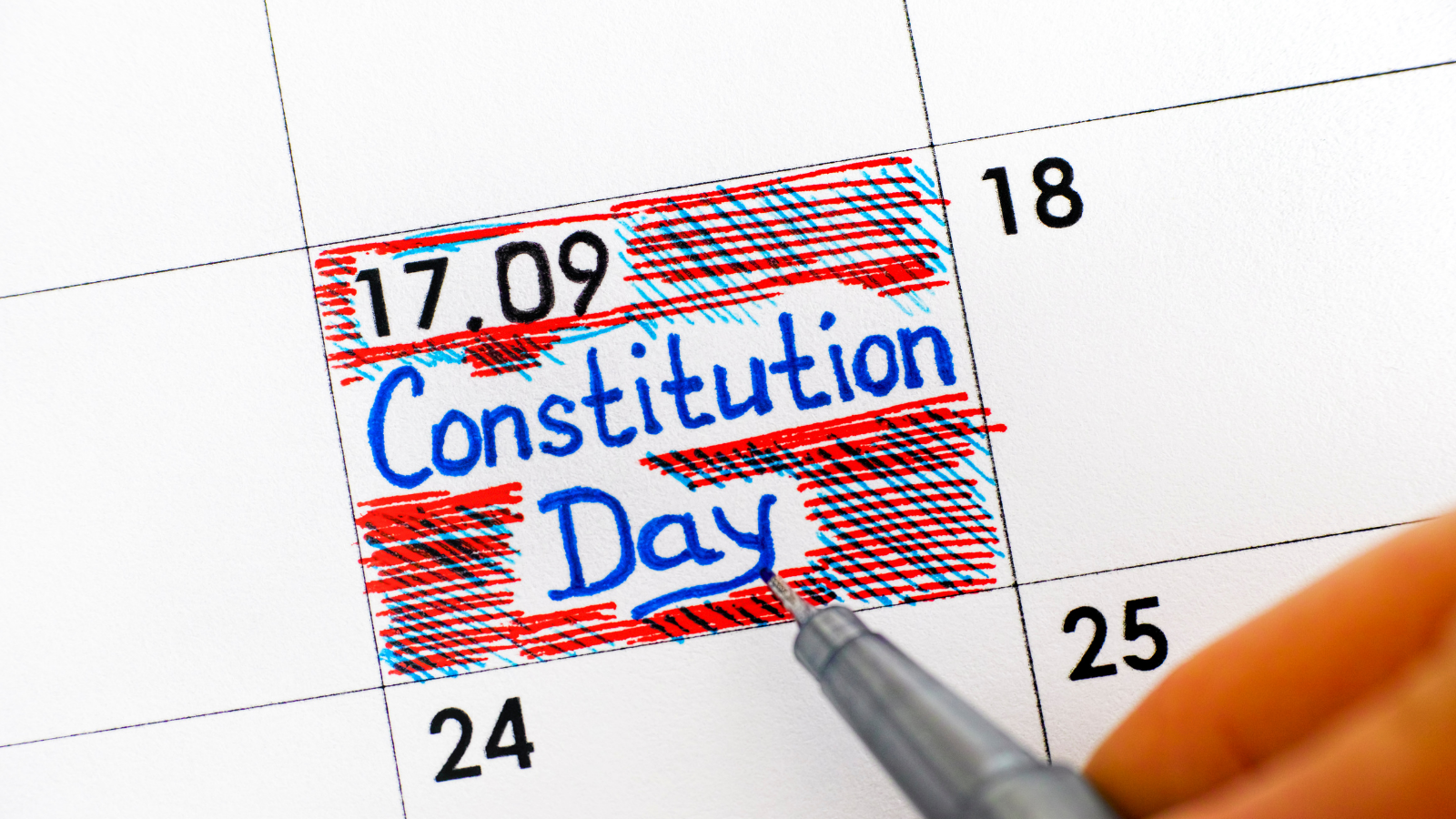 Think fast: which political positions in your community are elected vs appointed? When are your local elections? What do your elected officials stand for? Who's on the ballot?

Today, Constitution Day, the birthday of our founding document, it’s more important than ever we all know the answers to those questions. They might not be as flashy or take up as much screen time on cable news, but state and local elections matter just as much as presidential elections. They might even matter more.

At the state and local level are where laws are crafted that most affect citizens’ daily lives. It’s where the laws that have the most impact on the day-to-day structures of our communities are written, passed, and enforced. And it’s where the state courts interpret these laws, potentially affecting life for entire generations. Needless to say: it’s critical to elect people to those offices and judge seats that represent the needs of the majority of your community, not a vocal or powerful minority.

We see this most viscerally in Texas right now. The state’s 6-week abortion ban – the strictest in the nation – was written and passed by elected officials, then allowed by state courts, and eventually the U.S. Supreme Court. It’s a law that not only bans abortion at 6 weeks, long before most women know they’re pregnant. But it also grants private citizens the right to sue in state court abortion providers and everyone connected to a woman getting an abortion. After the Supreme Court allowed the law to go into effect via its so-called “shadow docket” procedure, abortion – a right that’s been constitutionally protected in this country to this point – is effectively banned in one of our nation’s largest states.

As a lawyer, this vigilante justice system makes no logical or constitutional sense. And as a citizen, this law plain makes no sense. Attorney General Merrick Garland agrees, calling the law “clearly unconstitutional under long-standing Supreme Court precedent.”

As we reach another annual Constitution Day, it’s clear certain lawmakers and judges in this country have forgotten the meaning of that sacred document and all it stands for. On September 17, we celebrate the Constitution’s birthday, but it seems as if a new era is being birthed right in front of our eyes – where a strong minority overpowers the constitutional rights of the majority.

We as citizens need to step up and elect officials who will uphold those constitutional rights – whether we’re a woman seeking an abortion, a gay couple getting married, or a citizen casting a vote.

But we can’t have a conversation about voting and elections mattering until we talk about access to voting and the shapes of our political districts. Here in Wisconsin, the political map is lopsided, where the percentage of Dem voters is higher, but the resulting representation in the state legislature doesn't closely match. What gives?

How political districts are drawn can affect who reaches office or the judiciary, perhaps even more so than the actual percentage of voter turnout. And those new lines affect daily life for Wisconsin’s everywhere.

We’ve seen this clearly during the Covid-19 pandemic, but the foundation was built nearly a decade ago. Shortly after the U.S. Census in 2010, Wisconsin Republicans redrew political districts in the state – setting the stage for a massive GOP advantage in state legislative elections. Now, Governor Tony Evers, a Democrat, has tried to pass mask orders and other public health-minded mandates in the midst of a global health emergency but the GOP-majority legislature has blocked him at every step, wielding the power created by their redistricting. Even further, the Wisconsin Supreme Court has sided several times with the Republicans, agreeing to limit Evers’ power.

Like comedian John Oliver said in a 2015 segment focusing on elected judges, we don’t often think about the judicial segment of political life. But they occupy a crucial segment of our political system – and we often have the power to choose them.

Let’s say it again: local elections matter. The judiciaries in the state courts and lower federal courts – not just the U.S. Supreme Court, which hears a limited number of cases each year – matter. These are the people defining your community. Whether it's constitutional rights like abortion, or what public health protections are in place during a pandemic, or the property taxes you pay, these officials are the ones most affecting your daily life as a citizen in this country.

So, what can you do?

First, educate yourself on which public offices in your city or state are elected vs appointed. This can include judges, local prosecutors, and, of course, legislators. Next, make it a priority to vote in local and special elections – not just every four years when it’s time to elect a new President. (Do you know when your next local election is? Take some time and find out!) Mark Election Day on your calendar, and make every attempt to cast your vote, whether you can do so in person, or you need to plan ahead and request a mail-in ballot. Figure out if your state has any special elections coming up outside of November (in California, for example, a recall election this past week to potentially boot Democratic Governor Gavin Newsome from office, and especially shift the political power statewide).

If voting is easy for you, take stock of how you can make it easier for your fellow citizens. Call your elected officials and protest against unconstitutional voter ID laws. Volunteer to drive people to the polls. Be aware of political gerrymandering going on in your district or state, and be vocal about the need for fairness in local elections. You can also help educate others on who is on the ballot - this includes the not-so-sexy-or-interesting offices like judges. Especially judges.

Above all, spend time educating yourself on the political positions of those on your local and statewide ballots. What do they value? Will they uphold your constitutional rights? Are they speaking for the majority of your fellow citizens, or a small minority? Most importantly, will they uphold the U.S. Constitution to the best of their ability?

In celebration of this important document’s birthday, voting for those who swear to uphold it – for every American – is the best gift you could give to your community.